Do Stuff in Valencia

The city is pretty much dead flat, so biking around is a great option. We highly recommend BikeGuyVLC.com.

Luke is an enthusiastic and knowledgeable guide, so you’ll be in good hands.

Mercat Central: Visiting the local market is the quickest way to tap into the culture of a city. The Mercat Central (Mercado Central) is an exquisite and massive example of what a good market should be. The fish and seafood stalls were just wonderful. It was pure torture to wander through the market and not buy anything because we didn’t have a kitchen. Like peering through the Gates of Heaven but knowing you cannot enter. Speaking of heavenly bodies, any market that has a patron saint is alright with me. Go in the morning. Plaça de la Ciutat de Bruges, s/n, 46001 València, Spain

Turia Park: In 1957, the Turia river caused a devastating flood in Valencia. Nearly three quarters of the city was underwater and over 60 people perished. The city took it upon themselves to make sure this wouldn’t ever happen again so they diverted the river. The remaining dry riverbed, that completely rings the city, was eventually turned into one of Europe’s largest urban parks. Here’s a more complete version of the story: How Valencia Turned A Crisis (And a River) Into a Transformative Park.  The result is this wonderful park filled with bike and walking trails and playground areas.

City of Arts & Science: The brainchild of starchitect Santiago Calatrava, the ‘city’ is a grandiose museum and exhibition space that nearly bankrupted the city.  Its immense. Its impressive. It photographs really well. And it remains controversial. More on that story here: Capturing the aesthetic beauty of Santiago Calatrava’s divisive City of Arts and Sciences. 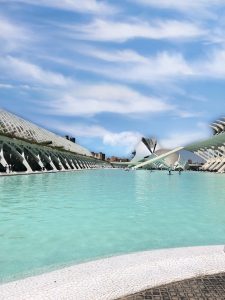 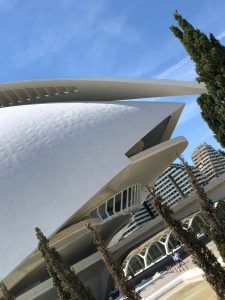 Graffiti: Street art is legal in Valencia. And it is abundant and fabulous. It certainly rivals what is going on in the Shoreditch section of London. Keep your eyes open and enjoy. More info here. 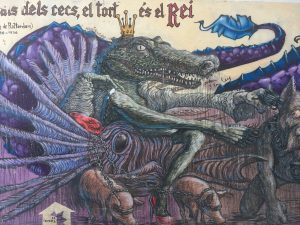 The Beach: Getting to the beach is easy. You can walk, bike or take public transportation. There’s a long strip of beaches with restaurants so find a spot that 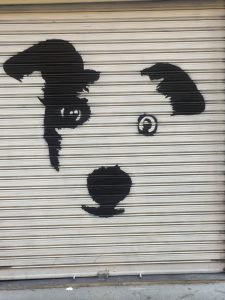 speaks to you and have fun.

Posted in Do Stuff, Spain